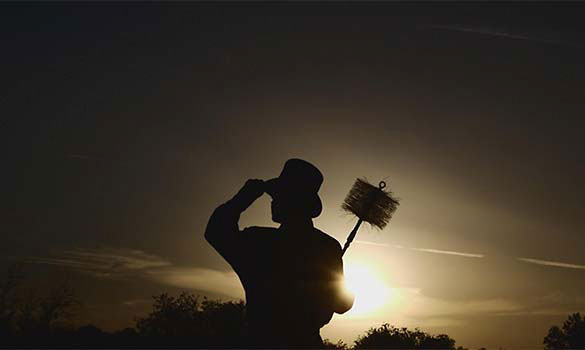 The Chimney Sweep is a family-run business that started in 1979 by my father-in-law. It was fateful and frightening incident that got us all interested in this field.

He and my mother-in-law had moved into a small old house on two and a half acres in Lancaster with plans of someday building a home on the remaining acreage. The house had no central heat system but did have two woodstoves.

One evening my father-in-law heard a roar, similar to that of a truck coming up their road. Since it was a dead-end road, he looked outside but didn't see anything. The noise persisted. He went into the dining room where one of the woodstoves was installed and discovered that the pipes were turning red and vibrating. Panic set in.

He called the fire department, having a difficult time remembering their new address, and gave them the information. The fire department arrived, checked out the stove, which by this time had quieted down, checked between the roof and the ceiling, and also checked the roof. They said my in-laws were lucky and that there was no permanent damage, but told my father-in-law, "You have to clean these chimneys every year." 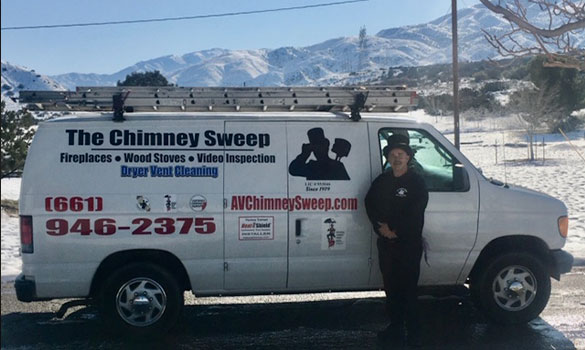 Since they had another stove, and didn't want to go through this again, he asked, "Who can I call?" Nobody knew of any chimney sweeps. So he started looking for information at the library. He got phone numbers of sweeps in the New England area who told him who to contact. Along the way, he became interested in the profession and got equipment, lined up all his friends with fireplaces and offered them a free sweep so he could learn how to perform this service.

That was some 40 years ago. Since then, chimney sweeps have formed guilds, which have established classes and workshops around the country. We've come a long way in this field for your family's safety.

With over 40 years in business, you can count on us for all your chimney and dryer vent cleaning needs.

Request Estimate
Thank you Charlie... I will never use anyone else, and I highly recommend The Chimney Sweep.—Gwen S.
Read Reviews
We are here for your
family's safety since 1979. Serving the Greater
Antelope Valley Area
Helpful Links
View Credentials Our Work Read Reviews Informative Videos
Connect With Us